President:  Megan Helmick was raised in 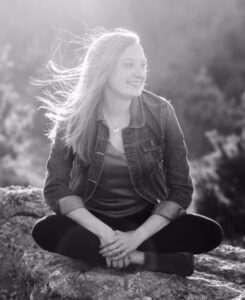 a small rural village in west Michigan whose claim to fame was the Annual Drive Your Tractor to School Day and Maple Syrup Festival every April. She graduated from Liberty University with a BS in Health Promotion and an MPH in Nutrition. She went on to work at a health system in Central Virginia before beginning her PhD at Virginia Tech. She followed her advisor to Omaha, Nebraska in 2016 and graduated with a PhD in Health Promotion and Disease Prevention Research from the University of Nebraska Medical Center, where her dissertation was focused on food insecurity and the emergency food network. She currently works as the COVID-19 Epidemiologist for the Mt Rogers Health District.

Meagan has lived in the Twin Counties full time since 2018, but has been a part time resident since 2012. She has been active in various non-profits in the area, including God’s Storehouse in Galax, the Medical Reserve Corps where she serves as a county captain for Galax and Grayson. She is a member of Christ Chapel and pretends to garden.  Which actually means she tells her husband what she wants to have in a garden, and then he does all the work. She and her husband have been part of Grayson LandCare for 4 years. Her family includes her husband Ches, and their two mastiffs Mya (Me-ah) and Warren. Their goal is to buy 100 acres in Grayson County and live off their land.

Vice President: Charlotte Hanes graduated from East Carolina University where she was a member of the Phi Kappa Phi Honor Society. She was a practicing physical therapist at NC Memorial Hospital, Chapel Hill and Methodist Hospital in Houston.  Charlotte became Director of the Physical Therapy Department at A.P. Memorial Hospital, Reidsville, NC in 1978 and a partner with Rockingham Orthopedic Associates in 1981.

She is currently president and CEO of River Ridge Cattle Company, a 1500-acre farm located along the New River in southwest Virginia’s Grayson County specializing in naturally raised beef and organic berries.  The farm serves as a demonstration of livestock production for the region’s cattle farmers and is an on-going research partner with Virginia Tech.

Charlotte is a founder of Grayson LandCare, which originated in Australia and is now in over 14 countries around the world.  She is also a board member of Rachel’s Network, www.rachelsnetwork.org., a national organization located in Washington, DC, dedicated to creating a network of women conservation funders and to be an influential voice for the environment. 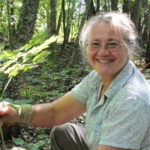 Director: Michelle Pridgen grew up in the Research Triangle area of North Carolina. She earned a BA in East Asian Studies from UNC-CH and an AA in General Agriculture from NCSU. She worked as an extension technician doing vegetable research and as part of the horticultural team at WRAL while living in Raleigh. Michelle and her husband Don bought land in Grayson County in 1984 that would become Windyhill Farm. They formed Windyhill Logworks and traveled the country building log homes for 20 years. She has served as secretary for Grayson LandCare and was hired as Director in 2020. Michelle has been the manager of the Independence Farmers Market since 2013. She continues in that position and grows produce and flowers for the Market.

Her goal is to help increase the success of local agriculture. To that end she has serves on various boards and has worked with Blue Ridge Woodland growers and Appalachian Sustainable Development’s Herb Hub to determine the feasibility of woodland medicinals.

Treasurer: Janet Braithwaite: grew up in a military family. The love of travel and adventure exposed Janet to different people, different cultures and different food – all without leaving the U.S! As a result, Janet remains curious about most everything. Her education extends from medieval English literature to math to computer science. She worked in the non-profit world, with forays into entrepreneurship. A weekend of leaf watching with friends in 1976 introduced her to Ashe and Grayson Counties. When it was time for graduate school, Appalachian State was her choice. When it was time to build a home, Grayson County was her choice. After a lifetime of adventuring, Grayson County provides beauty, serenity, great people and friends and a home.  Janet lives in Mouth of Wilson with her dog, Wilhelmina (Wilhe, for short), and a her silver-grey cat, Misty.

Secretary: Michael David Jenkins was raised in Independence, Virginia. After graduating from 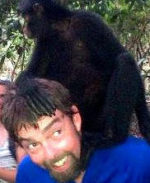 Grayson County High School in 1989 he attended Emory and Henry College where he earned a B.A. in Spanish and English. During this time he also attended La Universidad de San Juan Evangelista in Madrid, Spain. Afterward, he attended Virginia Polytechnic and State University where he earned a Masters of Arts in Education with a focus on Curriculum and Instruction. Upon graduating from Virginia Tech, he began his teaching career in Stokes County, NC as a Spanish teacher. He leads student and adult groups to Costa Rica, Perú, and Western Europe to experience cultural diversity, history, and current environmental conservation practices, eco-tourism opportunities, and alternative energy efforts.

In addition to his teaching profession, Michael opened in 2003 and still operates with his husband, Matthew Greene, Ward Manor Events Venue on the family farm. Being the shepherd of this Bicentennial Farm is his joy. He eagerly awaits the arrival of his retirement when he may be afforded the opportunity to more enjoy his hobbies of vegetable and flower gardening, and looks forward, at that time, to being a regular vendor at the Independence Farmerś Market. 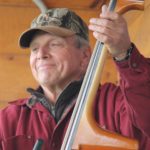 Danny has served on a wide variety of boards and committees including the Board of Directors of the Virginia Forage and Grassland Council; advisor to the Carroll Grayson Cattle Producers Association; Grayson County Extension Leadership Council; Galax High School Agricultural Council; president of Grayson County Farm Bureau; Chair of Grayson LandCare Processing Committee; Southwest Virginia Agricultural Association Crops Committee; and Charter Member and President of Grayson LandCare. Danny Boyer was awarded the 2013 Forage Person of the Year by the Virginia Forage and Grassland Council. 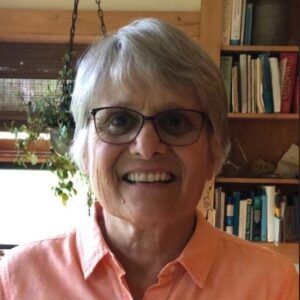 At-Large: Heidi Breedlove grew up in upstate NY in a big family. She camped and backpacked all over the US and always thought she would settle somewhere people went to to get away from it all. After living in Oregon, Kentucky and rural New York, the Breedlove family built a home in Mouth of Wilson in 1981 where she raised 2 kids and fostered others. She has an AAS in MLT and Veterinary Assisting and graduated from WCC as an RN. She worked 20 years in local communities as a home health nurse and a health department nurse. She remains very tied to the earth and community and has raised horses, cows, goats, pigs and chickens through the years, and now is a beekeeper. An avid organic gardener for 40 plus years, she and husband Brent put up lots of produce, fish and venison yearly. Heidi has volunteered with Land Care in various capacities, area schools and BRDC. Now retired, she hikes and camps whenever possible and spends time with grandkids. 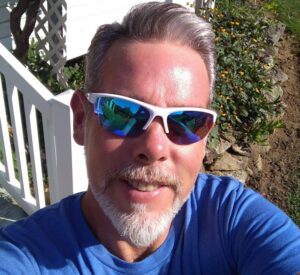 Wilkesboro, North Carolina.  Always a lover of the mountains, he moved to Grayson County in 2007  and opened a custom frame shop in Independence.  Since then, his appreciation for the beauty and splendor of the Appalachian mountains has only grown.  He is reminded daily of how magical they are, and how fragile.

His interests include gardening of all types, canning and preserving food, land stewardship, learning new things on nearly any subject, and playing handbells with the New River Bell Ensemble.

In addition to the frame shop, he cares for and helps run Ward Manor, a bicentennial farm and events venue, with his spouse Michael Jenkins. 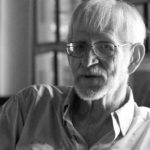